“I have always considered Korea to be my second home country and I have good reasons for thinking like that. It is a place where I re-discovered my life in ways.”

Global ITTP Program: A place where I made a family

I have a very special relationship with Korea and the ITTP program in particular. I have always considered Korea to be my second home country and I have good reasons for thinking like that. It is a place where I re-discovered my life in ways I wouldn’t have even imagined. It all began in the Spring of 2008 when my elder brother was accepted into Global ITTP program for pursuing a Ph. D degree. At that time, he was working in the Ministry of Communication and Information Technology back in Afghanistan while I was in high school. In early 2009, my brother sent us a recorded video of his life in ITTP. My entire family and I really loved the video in which he showed us his lab at Munji campus, his Hwaam dormitory, and some areas around Jeonmin Dong. It was my first time seeing the streets of Korea and it enchanted me right away. I was mesmerized by the beauty of Korea and I just loved how organized the system and everything else looked in the video. My brother told me to study hard in high school, get good grades, and apply for a university in Korea. This was really motivating. I pictured myself walking in the streets of Jeonmin Dong, someday, like my brother did. However, it was only a dream at that time. A dream that I didn’t know would become a reality in exactly one year after seeing the video. Motivated and driven by the idea to study in Korea someday, I worked really hard in high school and got very good grades. I applied for the Korean Government Scholarship Program (KGSP) and impatiently waited for the results for two months. Then, one evening I got a call from my brother saying to check the KGSP website for the results because I got the scholarship. This news was unbelievably euphoric and I couldn’t hold back my tears of joy. Thus, I came to Korea in 2010 to attend one year of preparatory Korean language program and 4 years bachelor’s degree at Chungnam National University.

From April 2010 until February 2011, I studied Korean language. It was probably one of the most challenging things I ever did in my life. I didn’t even know the basic Korean alphabets. I had to start completely from the scratch. The people I attended class with already had some knowledge of Korean language, but I didn’t. This meant I had to work twice as hard. My hard work paid off and, by December 2010, I was almost fluent in Korean. I passed TOPIK level 4 in January 2011 and started my bachelor’s degree in March of the same year. For the next four years I strengthened my Korean skills further and enjoyed my student life in Daejeon. By the time I graduated, my Korean language skills had reached TOPIK level 6. After graduating in 2015, I got another KGSP scholarship through the recommendation of Korean embassy in Afghanistan. But this time I didn’t attend the one-year language program as I was granted exception from it because of my TOPIK level. For my master’s, I attended Chonnam National University in Gwangju city where I had wonderful times. I developed further and got to know the ins and outs of the business world. I graduated in February 2017 and went to Afghanistan in March of the same year. Given my academic background, I was able to land a job at the Office of the President of Afghanistan in just two weeks after arriving there. It was a wonderful experience working at the top national institute. I learned a great deal about politics, policy, and how things work at a national level. This job matured me by 10 years in just a matter of a few months. However, it was not without risks or dangers. I survived two suicide bombing attacks while working there. The details of which are too gruesome to be shared. Anyways, after working there for a year, I joined a special team appointed by the President of Afghanistan at the Ministry of Transport for digitalizing the transport sector. The job was very important and fulfilling but Korea kept pulling me back. This was when I applied for ITTP program and got accepted for a Ph. D degree. Professor Rho interviewed me and, I have to say, it was very intense because he asked very to the point and challenging questions.

So, after a little over two years in Afghanistan, I came back to Korea in August 2019. This was another dream come true as I always wanted to do a Ph. D. The first semester in ITTP was truly magical; from experts’ seminars, to forums and conferences. Also, from cultural trips, to internal collaboration events – these all had profound impacts on my personal and professional life. The intensive Korean classes by Professor Chun and Taekwondo classes by Master Jang were wonderful in terms of practicing Korean and extracurricular activities. And, then COVID-19 pandemic hit; an unprecedented event which affected the entire globe and its impact is still felt to the day. This pandemic literally transformed everything around us. Yet, while others saw threats and fear, I saw opportunities. I worked on my health losing a lot of weight (20 kg), completed two research papers, (one of which got published in an SSCI level journal), worked on my Korean skills and the most significant of it all - I met my wife. Yes! I met the love of my life in the midst of the pandemic. I thank the Korean language and ITTP for that. Let me tell you how that happened. It all began about a year ago when I saw a post on Facebook. This post was from Jessica, my wife, but of course at that time I had not even imagined that we would end up marrying. Jessica posted that she had recently come to Korea and was looking for someone to help her with practicing Korean. I wanted to socialize and figured that it wouldn’t hurt to meet new people. So, I nervously sent a message to her. I was apprehensive because it was not easy to just randomly send someone a message without knowing how the other person would react. I told Jessica that I had lived in Korea for about 9 years and spoke Korean well. I told her that I did my bachelor’s, Master’s and, was doing Ph. D in KAIST then. She responded to me very positively and we started communicating. There was no hidden agenda from either of our sides. We were both very sincere and honest with one another - no lies, no drama, and no games. We just wanted to be friends and practice Korean, oblivious to the fact that we would get married in the future. So, we met about two weeks after chatting for the first time. When we met for the first time, we knew from the very beginning that we were more alike than either of us had thought. Our relationship developed very nicely and, in a few months, we got engaged and after that we got married. A lot of things had to go right for that to happen and a lot of things did go right in our favor. Jessica and I believe that it was fate that brought us together. I love her with all my heart and she loves me the same. The best part is that both of our families have accepted us and love us. Afghanistan and USA are two completely different countries with cultures that are a million miles apart. International marriage between people from these countries would seem unlikely and probably would be one of the hardest in the world. But our families want the best for us and they know that we are right for each other. The story of how we told our families and the legal and administrative challenges of marriage between two foreigners would require another 10-page essay. The important thing is that we overcome all the challenges and did something that would have otherwise, seemed impossible. This is a testament to the true love that we cherish and our commitment to stay by each other’s side come hell or high water!

Thanks to the ITTP program, I have grown on academic, professional, and personal levels at phenomenal speed. My Ph. D thesis research consists of 3 papers, out of which I have completed two, published one, and the third one is in process. I am thankful to my advisor Professor Zo for the wonderful guidance and support for my research. I had dreams and plans for Afghanistan after doing a Ph. D at KAIST. I wanted to become the Minister of Transport in my country. My boss was impatiently waiting for my return. Furthermore, I was in contact with the government and collaborating with it on establishing a KAIST-like university in Afghanistan. There are many successful examples of this kind of replication of KAIST around the world, with the most recent one in Kenya. The Afghan ambassador in Korea visited ITTP and met Professor Han for that very purpose. We were in the midst of securing fund for the project and everything was going really well. However, in mid-August 2021, something unimaginable and very unfortunate happened. The democratically elected government collapsed and the extremist group, the Taliban, took over of Afghanistan. With it, all my dreams and plans shattered. However, I am not going to give up. I am currently reformulating my career path. I am now focusing on building a career in the academia. I am also working on setting up a digital transformation firm in New Zealand. The firm will later be expanded into the US when I move there with my wife in the future. For all the achievements I have made so far, I am thankful to my brother who introduced me to Korea, my parents who have made sacrifices for me, my wife for standing beside me and loving me, and all the ITTP professors and staff for making my Ph. D journey full of joys! God bless you all!

Picture 1: Taken by my wife in Techno valley, Daejeon August 2021 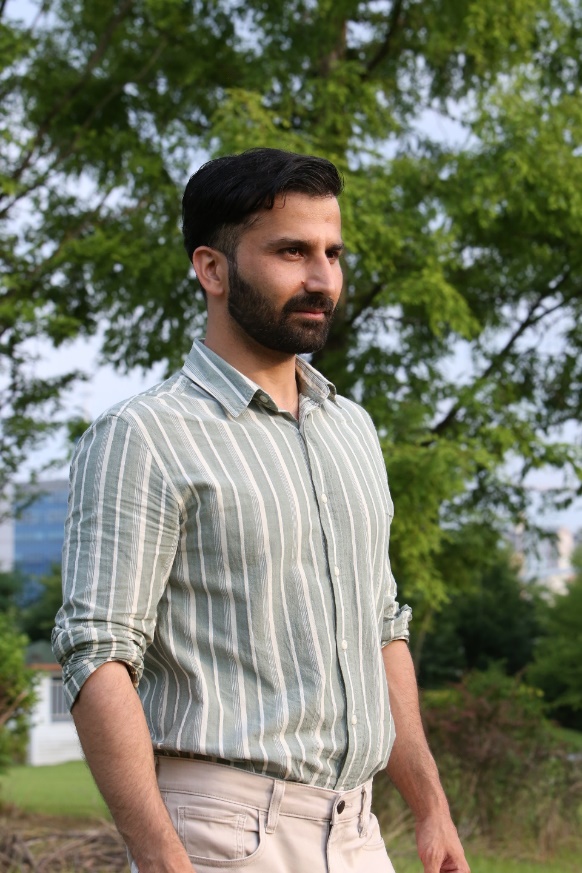 Picture 2: Me with Professor Zo and, the Afghan Ambassador Mr. Abdul Hakim Atarud on KAIST donation ceremony May 11th, 2021 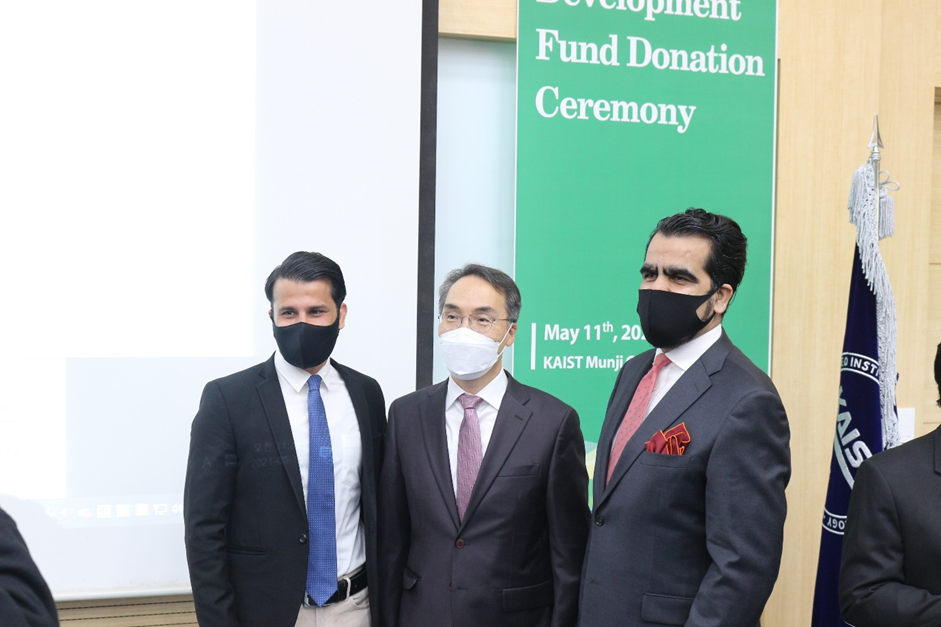